Wildlife Celebrity of the Month: Lots of crocs being spotted around Placencia Lagoon the last few months. One standout was a 5 foot crocodile spotted in the Placencia Lagoon just north of the airport.  An eagle-eyed community member spotted this individual through the thick vegetation.  The 5 foot croc was spotted midday basking with its mouth open.

A year-round community science program to collect data on the behavior and activity of the American and Morelet’s Crocodile around the Placencia Lagoon.

Dangerous. Pests. Vermin. Man-killers. Useless.  These are some of the words used to describe crocodiles given the many false beliefs and misguided facts about these creatures, generally created by media sensationalization or lack of educational outlets to provide THE FACTS. Such negative perception has led to the abuse, hunting, and selling of crocodiles (including crocodile parts) here in Belize, in addition to the lack of interest to co-exist with these animals as crocodiles are not warranted respect or valued for their significant ecological and cultural role they have in Belize (or around the world).

In 2017, the CRC received many calls from around the Placencia Lagoon to relocate crocodiles. The crime… the crocodile was simply being a crocodile. However, instead of us channeling into this fear by simply removing the animal, we decided to take positive action and empower the community with the knowledge of co-existence and be part of our research and conservation mission. This was the start of the CRC Placencia Lagoon Community Science Program.

Since 2017, we have supplied many residents around the lagoon with our educational literature on how to live with crocodiles and avoid human-crocodile conflict, and for those that are interested, we have also given them a behavioral observation sheet to record further crocodile sightings.  More eyes and ears in the environment are a valuable resource, especially since the CRC cannot be everywhere at once, and since crocodiles don’t normally hang around for us to get to a location after someone has made a call. Over the years our observations have now expanded into manatee sightings as well as other unique wildlife sightings around the lagoon.

Don’t live around Placencia Lagoon but want to participate in croc research in Belize?  Well now you can!  The CRC is excited to launch our participation with iCroc (http://www.faculty.biol.ttu.edu/densmore/iCroc/#intro)!  As long as you have a smart phone, now you can add data that can assist not only the CRC, but key crocodylian researchers around the world in conserving crocodiles. Download the free app, and assist the CRC in our research, management and conservation of crocodiles in the Placencia Lagoon and throughout Belize!

So what will we do with all this data? Annually, we will compile the data to look at patterns of crocodile activity, behavior, and “hot spots.” All this information can be utilized to help the Belize Forest Department mitigate negative human-crocodile interaction. Similar programs have been used in India and Australia and have GREATLY decreased negative interactions between communities and crocodiles, while simultaneously increasing community awareness and education about living with crocodiles.

With a more informed and interested community, Placencia Lagoon will continue its great record of very little negative human-crocodile interaction, and with the data that we collect, we can all learn more about our prehistoric neighbors and how to co-exist with them peacefully.

Thank you for your support and interest and good luck crocin’! 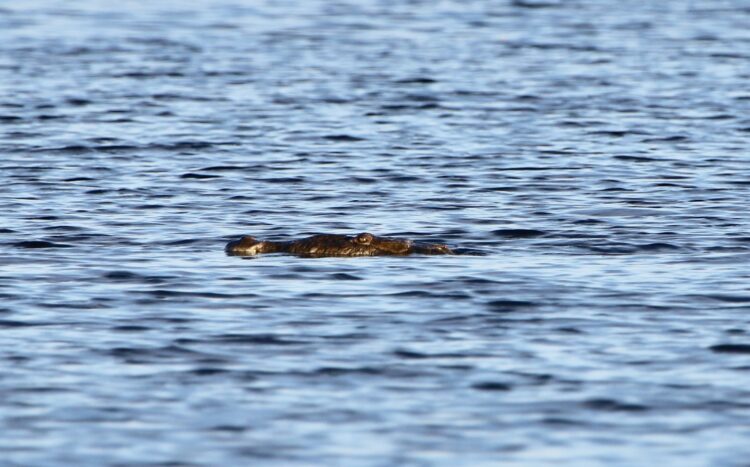 Conservation of the Gentle Giants and Apex Predators of the Placencia Lagoon Project Description Facebook Twitter Despite the historical and cultural connection crocodiles had with the indigenous people of Belize, the American crocodile (Crocodylus acutus) is currently at risk of extirpation due to habitat destruction, pollution, and increase human-crocodile conflict from misguided beliefs and human…
Read More →

BELIZE NATIONWIDE MORELET’S CROCODILE POPULATION SURVEY Project Description Facebook Twitter The last thorough survey of Crocodylus moreletii (Morelet’s crocodile) in Belize was conducted in the mid-1990s, suggesting that the Morelet’s crocodile had recovered from past exploitation, contributing to the general conservation status as Least Concern on the IUCN Red List. However, since the mid-1990s there has…
Read More →