How is Jabba settling into this new Palace? Sam decides it’s time to stand up to Gilly and Aemon is starting to feel a bit of middle child syndrome. Find out more in this month’s latest shush!

Jabba: Since January, Jabba has been staying at a temporary enclosure at the Kutunza Translocation Facility with our colleague and friend David Hilmy. David helped with target training and overseeing his enclosure until we could move Jabba to his permanent home at the new CRC Center based on the Placencia Lagoon. Thanks to donations from The European Nature Trust, Lister Charitable Trust, the AZA Southern Florida Chapter, and donors Ryan Blakely and Gil Rotstein, CRC finally broke ground to build croc enclosures and rehab enclosures. Jabba’s Palace was the first captive croc enclosure to finish. This was the largest enclosure and pool he’s ever lived in, and Jabba seemed to take a moment before running into his new home. Jabba is acclimating to his new home, having a favorite basking spot and taking many laps around the pond. We will be giving Jabba another week or so to settle in before starting his training again.

Gilly, Sam and Mad Max: During our last visit Mad Max was not observed, likely battling War Boys on the Fury Road. Gilly started off her target training session by rushing towards us- not aggressively but more like “FEED ME! After a few minutes of reminding her she would only get a reward by listening to commands, she turned back to a STAR student. Then came Sam, usually bullied and timid to participate in his training with Gilly, today he was showing confidence. Most astonishing, Sam was illustrating trust to CRC Executive Founder Dr. Marisa Tellez. Coming right up to her, and allowing her to hand feed him. Given Sam has no teeth, small pieces of food have to be given to him through tongs, but recently he seems to feel more comfortable if hand fed… literally! Sam has always been gentle, and this past training he was allowing Dr. Tellez pet his head. Stay tuned as this relationship may become one truly special! 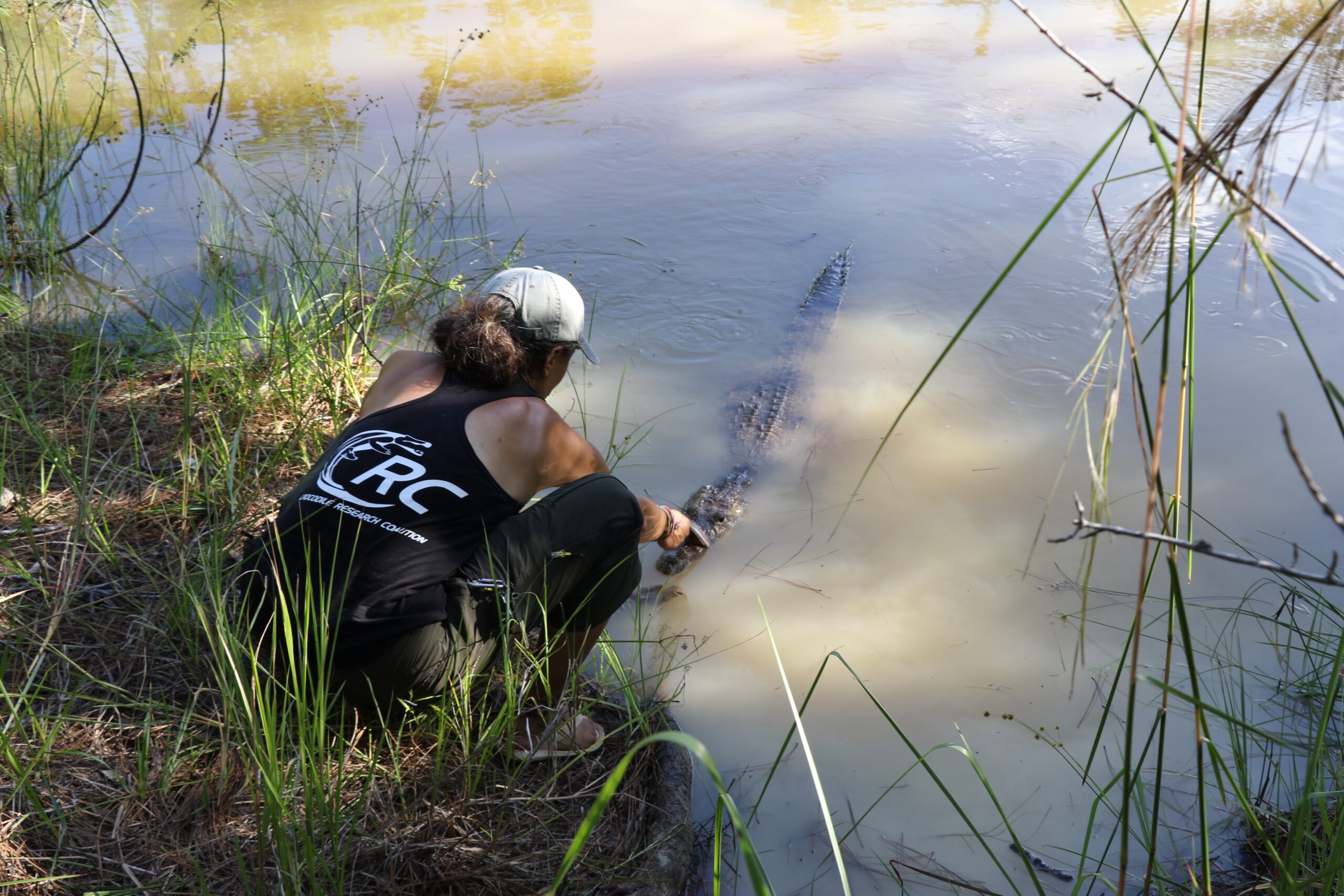 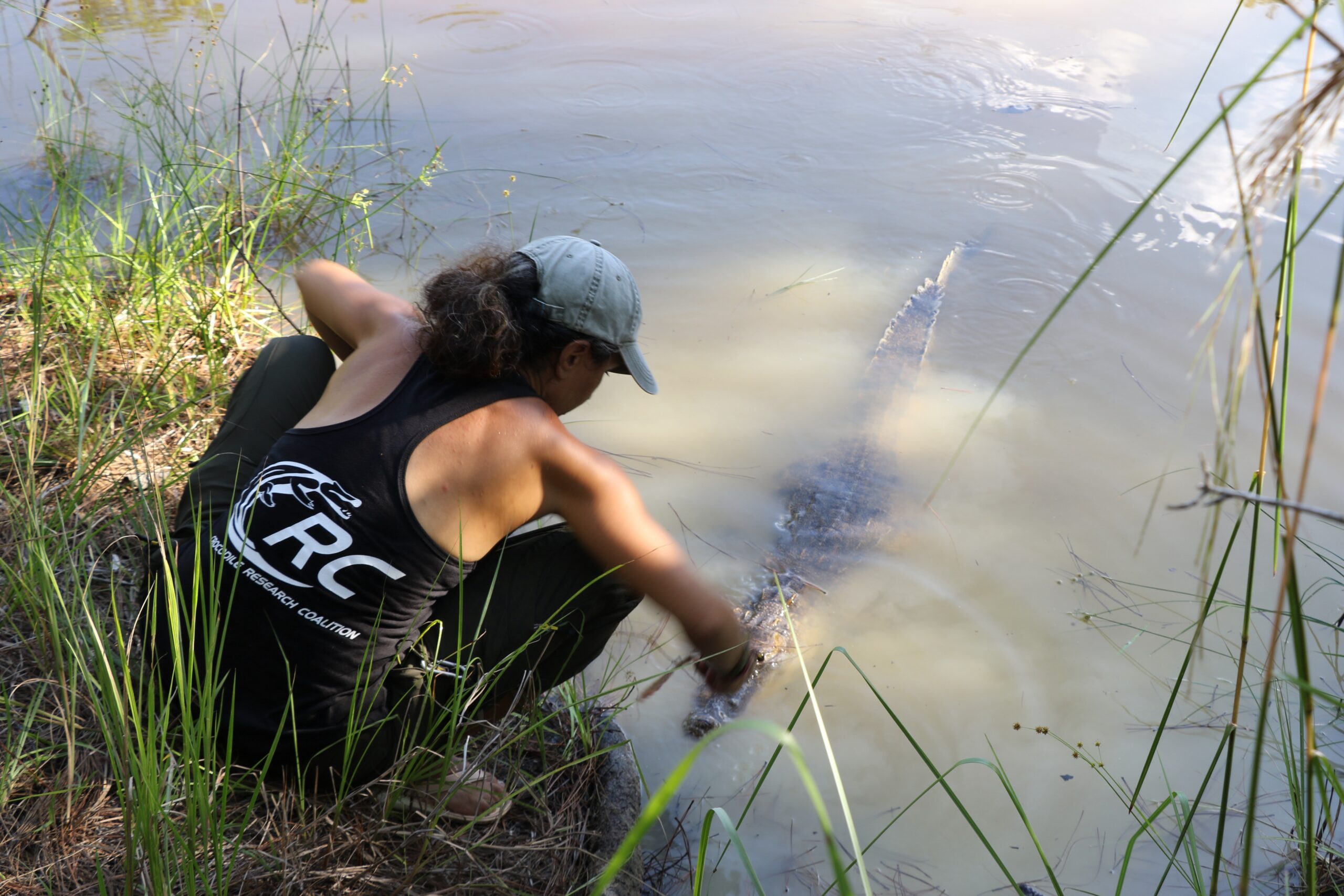 Master Aemon: With all the excitement of the new enclosures, the usual daily visits and attention has lessened for Aemon. Additionally, his target training sessions have been a bit rush as we have been spending more time on the land prepping enclosures and the land. Now, during some of our visits Aemon is not showing up. Poor guy, is he feeling neglected? Excluded from the excitement? Well, as CRC gets back to the “normal” routine, we intend to ensure Aemon knows he is still a big part of the CRC Croc Ambassador team, educating people the truth about crocodiles and squashing the false facts and misguided beliefs that surround these animals. 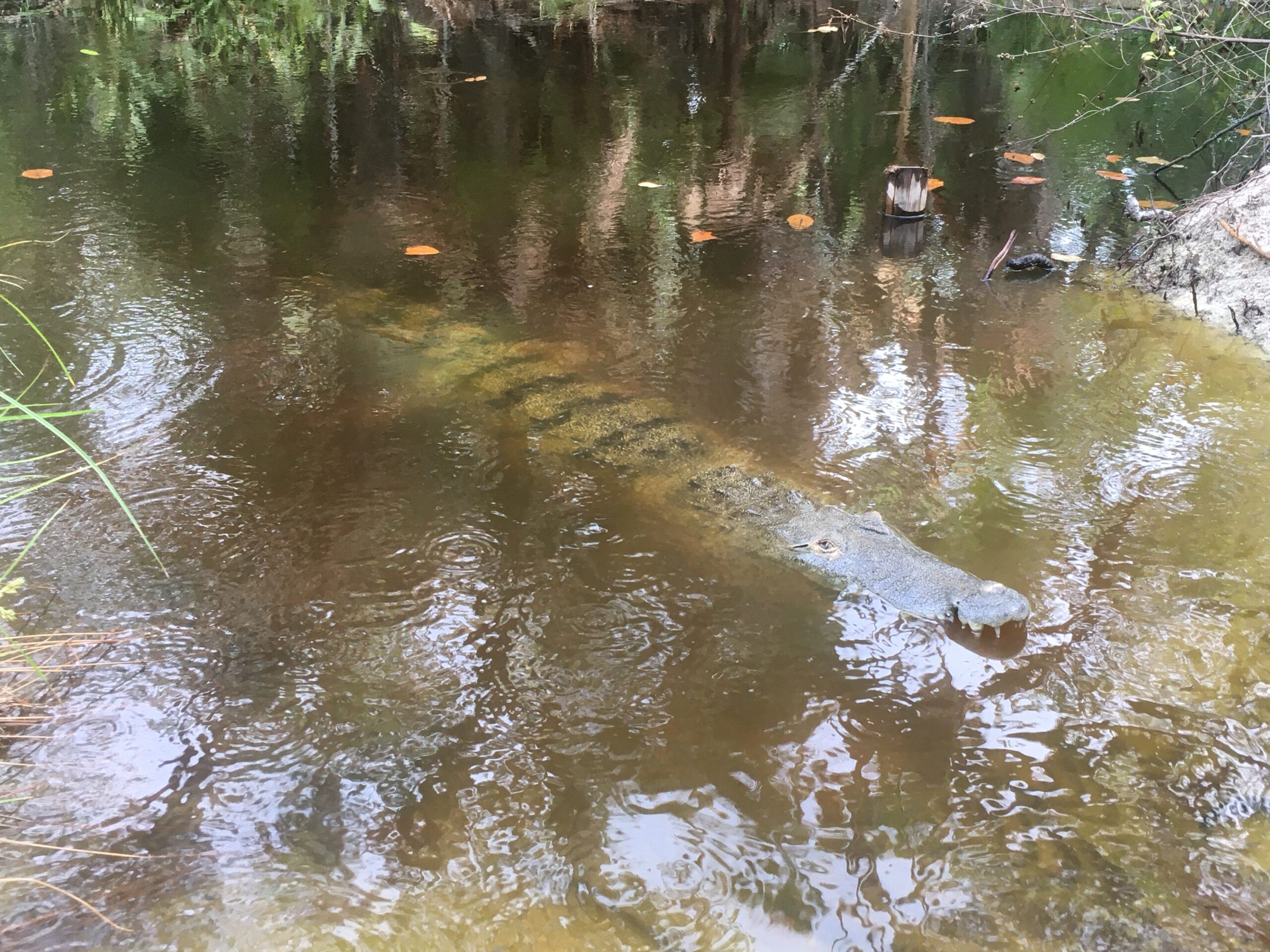